Disclosure: I received a copy of the book below in order to facilitate my review. All opinions are my own.

My Review of As Good As Can Be By William Glass:

When I received this book I was very excited to have the chance to read it. It immediately grabbed me, and I didn’t want to put it down. I love how the author makes you feel like you are taken back to the 1950s and right there with him during his struggles. Being in a military family was hard enough let alone having a military father such as his. You will root for William during his hard times. While not wanting to put the book down, AND once you are done you will feel a bit of sadness that it is all over. The author has deemed this book as “Rated R” for profanity-so be advised.

EXCERPT from As Good As Can Be a novel by William A. Glass

The next afternoon, Vinny comes over to Dave’s house again. The two friends go into the backyard and look dubiously at the thing on the ground. Then Vinny takes hold of one end. “Let’s see if it floats,” he says. But the boys find that hauling the heavy contraption to the river is not easy. They can only carry it forty or fifty yards at a time before stopping to rest. Soon both are sweating even though it’s a cold cloudy November day. Eventually, Dave and Vinny make it out of the neighborhood and come to a private road that leads to a locked gate. Peering through the bars, they can see down a long white oyster-shell driveway until it bends. “There’s a big house, farther down, that overlooks the river,” Vinny says. “How do we get past the fence?” Dave asks. “We can go around it,” Vinny replies. “It ends down there in the woods.” The two boys struggle along the fence line with their boat then turn toward the Potomac. Another half hour of hauling is required before they see the murky water through leafless trees. A few minutes later they’re standing on the rocky shore. “It’s beautiful,” Dave says. “Yeah, too bad the water’s polluted,” Vinny replies. “You go swimming out there and have an open sore, you’d be a goner—gangrene.” “What are we going to do for paddles?” Dave asks. “Hadn’t thought of that,” Vinny replies. He walks along the bank, stopping here and there to pick up pieces of driftwood. “Here, look at this,” he says, holding up part of a weathered board. “That might work.” “Come help me find another.” After locating another suitable implement for pushing water, Dave and Vinny launch their craft. Soon they are a hundred yards offshore, and now they take a break from paddling to enjoy life on the water. “See over there?” Vinny says, pointing to the Maryland shore. “Looks like a Ferris wheel,” Dave says. “It’s an amusement park, but it’s closed for the winter.” “Too bad.” “Well, the pavilions are still open.” “What’s in them?” “Slot machines.” “You’re kidding.” “No, really.” “Let’s go,” Dave says. “I have a dollar.” “That’s a long way.” “You chicken?” “OK, but we got to paddle hard.” Vinny and Dave paddle furiously and make steady progress. It’s hard work but exciting. That’s because the boat is slowly filling with water and they’re not sure they’ll make it. The craft wasn’t blessed with much freeboard to begin with, and now it’s sitting lower. Occasionally a rogue wave breaks over the side, adding to the water coming through the seams. Finally, a pier looms in front of them, and a few minutes later they ground the boat on the shore. It takes a massive effort to flip it over and empty the vessel. Afterward, they walk through the deserted park. The rides and pavilions appear to be from another century. Inside one of the buildings are rows of slot machines, and a few people are scattered around the cavernous hall rhythmically pumping coins into the devices. Dave and Vinny get change and try their luck. However, the slots are ruthless, and both are soon busted. It’s just as well since the day is waning, and the temperature is dropping. It’s time for the voyage home. Once back at the riverbank, Dave and Vinny flip their vessel right side up. It lands on a metal rod protruding from a chunk of concrete. The boys quickly lift it off the spike, but now there’s a neat round puncture in the bottom of the boat. “We need to plug that hole,” Dave observes. “What with?” Vinny asks. “My socks maybe?” Dave sits in the sand and removes his sneakers. He takes his socks off and crams them into the hole. “We’re going to have to paddle fast,” he says. “That won’t hold for long.” Vinny picks up a rusty can. “We can use this to bail with.” “Good idea.” Vinny and Dave drag the boat into the water and climb aboard. Then they paddle hard for the Virginia side. But it turns out Dave was right about the sock fix; it’s worthless. Bailing helps, but when Vinny is bailing Dave is the only one paddling. Nevertheless, they make it to the middle of the broad river. Now there’s no turning back. As Dave and Vinny desperately work their highly inefficient driftwood paddles, the craft inexorably fills. Then Dave feels the stern sink beneath him. “Swim for it,” he shouts. It’s difficult to swim in water-logged clothes, but fear of drowning is a powerful motivator. Even so, both boys eventually run out of gas. Vinny is the first to stop swimming and revert to treading water. His feet touch bottom. “Hey, I can stand up,” he yells. Now they know they’ll make it. Both boys are violently shivering as they reach dry land. Their teeth click like Monopoly dice. “Let’s run,” Vinny says, and they take off for Dave’s house. “Goodness’ sake,” Bobbie exclaims when Dave bursts into her room, soaking wet. “Vinny and I fell into the river,” Dave says. “He’s in the other shower. Can I use yours?” “Yes, of course.” Later, after a hot bowl of soup, Vinny goes home wearing borrowed clothes. Then Dave gets into bed and burrows under the covers. He luxuriates in the warmth a few moments before plummeting into sleep. 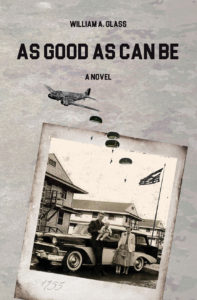 As Good As Can Be by William A. Glass

Description As Good As Can Be by William A. Glass

‘As Good As Can Be’ is a novel about the wayward son of an alcoholic army officer.  As his dysfunctional family moves from one military base to the next, Dave Knight develops a give-a-damn attitude that goes well with his ironic sense of humor.  In high school he joins other delinquents in a series of escapades, some dangerous, others funny, and a few that would be worthy of jail time should the troublemakers be caught.

After barely graduating Dave gets drafted into the army and sent to guard a nuclear weapons depot in Korea.  There he runs afoul of his sergeant and must scramble to avoid dishonorable discharge.

‘As Good As Can Be’ draws on the author’s experiences growing up in an out-of-control military family during the 1950s and his own military experience.

Advance Praise As Good As Can Be by William A. Glass

“A sweeping family saga that takes you into the world of a military family.  A great read.”

“William’s book flows magically, I had a stack of papers to grade one night but thought I would read a chapter before I started. Next thing I knew it was 2:00 am and I hadn’t graded anything!”

About William A. Glass 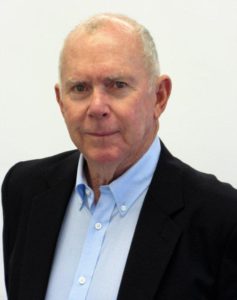 William A. Glass, formerly a VP at Gallup, now coaches soccer at a small college in South Carolina and writes. He lives with wife, Bettina, who is a high school German teacher.  They have three sons who have all moved away to pursue careers.

Buy As Good As Can Be by William A. Glass

Follow As Good As Can Be by William A. Glass Tour 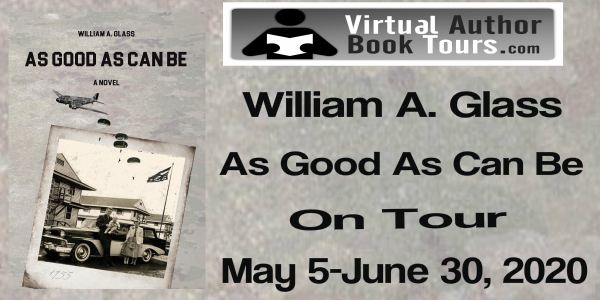 I am a "glass is half full" type of person, so I decided that I would share that with others. After going on 11 years in the blogosphere I decided it was time to make a change and in doing so help uplift others. My husband is my biggest cheerleader and you can visit his site at https://lifeasrog.com.

Social Justice: How You Can Make a Difference by Lynn Bogen Sanders

Is Your Employer Open to More Flexible Hours?

5 thoughts on “As Good As Can Be Book Tour”

Keeping a Clean Home without Stress While Working Fulltime